In June 2019 at the Electronic Entertainment Expo (E3), Capcom was preparing for the release of the anticipated expansion, Monster Hunter World: Iceborne, allowing attendees to experience some of the new quests, locations and titular monsters ahead of the title’s September launch.  GPJ was tasked to design, produce, manage and execute on Capcom’s vision to captivate the audience. 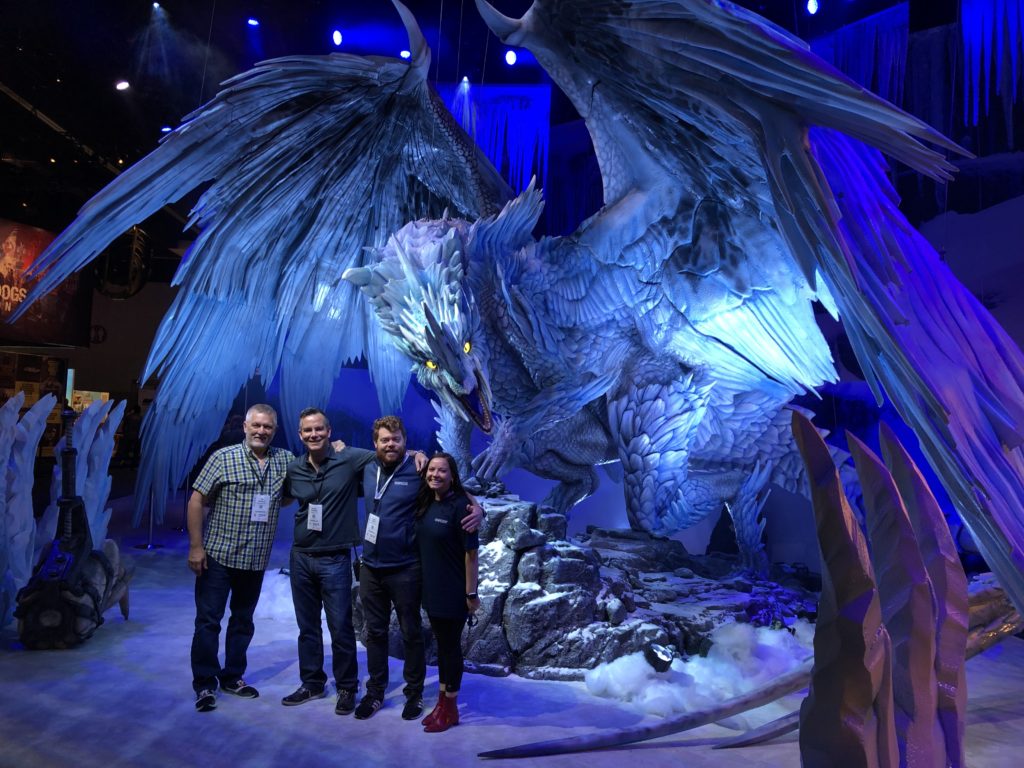 Together with Capcom, we certainly impressed, designing an immersive world of Iceborne that allowed attendees to imagine themselves in the frigid new lands of the game. Custom graphics draped the demo space walls and in-game forest-like environments were faithfully recreated with rocks, trees and lighting rounding out the atmosphere of the booth.

The centerpiece of Capcom’s booth was jaw-dropping in scale. Standing 40’ wide and 18’ tall, the Elder Dragon ‘Velkhana’ commanded the show floor.  A complex and exquisitely fabricated structure, the dragon was visible from virtually everywhere in the hall, drawing mesmerized attendees to the space. With the help of a 180° bullet cam, fans could share their close encounters on social media. Another creature from the series, the cat-like Palico, provided additional shareable moments while fans waited to play the demos.

In addition to the Monster Hunter experience, we managed the broadcast stage, where Capcom unveiled news for their other big-name franchises.  The multi-use theater space hosted game developer panels, influencer streaming, tournaments and signings. A livestream of the content extented Capcom’s show presence digitally to channels like Facebook, Twitch, Twitter and YouTube. In the end, we created an exciting, fun and immersive experience that was authentic to the brand and truly amped the fans’ anticipation of the game.